ART THAT MADE US FESTIVAL 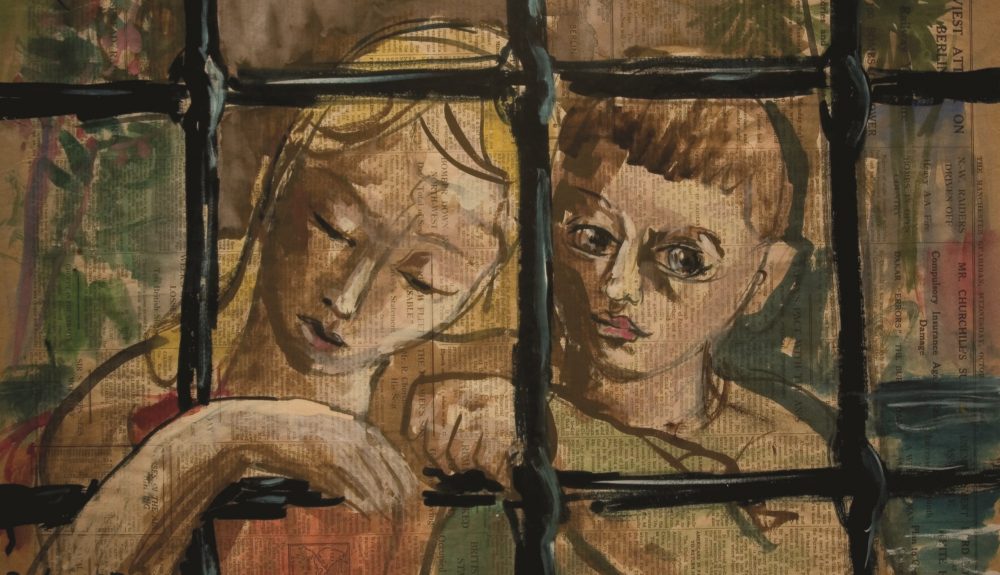 Manx National Heritage, the charity responsible for the Isle of Man’s natural and cultural heritage, is delighted to announce that the Manx National Art Collection is set to feature in Art That Made Us Festival, a nationwide event celebrating creativity.  The festival takes place throughout April to coincide with the broadcast of a major new BBC television series exploring how pivotal works of art, literature, design and music have helped shape our creative story.

Manx National Heritage has joined nearly 200 organisations from England, Northern Ireland, Scotland and Wales, who have signed up to participate in the festival, which offers the opportunity for people to explore the treasures in their local art galleries and museum collections.

“We are delighted to have been invited to take part in the Art That Made Us Festival, which enables us to celebrate some of the amazing artworks in our collections. The Manx Museum is 100 years old in November, so it seems fitting to take part in our centenary year. When it opened the Manx Museum had a modest collection of art works on display by celebrated Manx artist, John Miller Nicholson, but by 1936 a new art gallery was added to display the growing collection of art.

Today we have a purpose built art gallery at the Manx Museum and the collection contains more than 6,000 artworks which tell rich stories about the Island’s history and how the Island has been a source of artistic inspiration for centuries.

What makes the collection distinct from other museums and galleries is that it only contains artwork by Manx artists, artists working on the Isle of Man or artworks inspired by the Island.  This strict collecting policy provides the unifying strength of the art collection brought together over the last 100 years. The collection comprises of pieces dating from the 17th -21st century; and contains everything from large oil paintings to modern sculpture and digital installations.

We hope the events we are putting on as part of the Art That Made Us Festival will offer an opportunity for people to connect and engage with the beautiful artwork in our care.”

The first event is at 11am on Wednesday 13 April at which Katie King, Curator: Art and Social History, will deliver an informal talk at the Manx Museum exploring notable works from the national art collection. The talk is free to attend and all are welcome.

Later that day will be an opportunity to enjoy a short tour of the art store based at the Manx Museum. Tours must be booked in advance and take place on Wednesday 13 April at 2pm and 4pm; and again on Thursday 14 April at 10am. The tickets are priced at £6 per person.

On Thursday 14 April there will be an opportunity to join Manx Children’s Art Therapy in the Manx Museum as they create a large finger painted wall mural to celebrate the 100th anniversary of the Manx Museum. The painting will be created using experimental techniques and unusual materials inspired by internment artworks held in Manx National Heritage’s art collections. Anyone is welcome to pop along to the Manx Museum between 12noon and 4pm to contribute towards the mural.

To conclude the ‘Art That Made Us’ Festival the Manx Museum will be hosting a special workshop looking at artwork produced by internees held on the Island during the Second World War. The majority of those interned at this time were Jewish refugees, who had escaped Nazi persecution in Europe. They found themselves, when the threat of invasion was at its greatest, being held behind barbed wire in seaside boarding houses and hotels in the middle of the Irish Sea. The workshop will examine how they coped and how they expressed themselves artistically and creatively in the darkest years of the war.

The 90 minute workshop will take place on Wednesday 20 April at 10:30am, and will be repeated at 2pm.

Tickets for all events are available at www.manxnationalheritage.im/whats-on